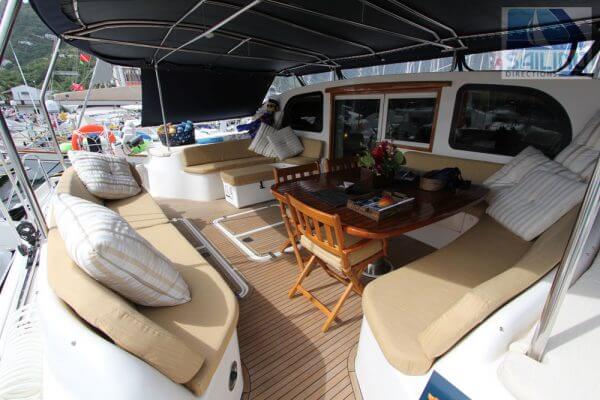 Sabore showed better then catamarans that were ten years newer then this catamaran! She has been specifically designed as a fast, luxurious charter yacht, and her length of 58’ is misleading,

especially when it is considered that she has even more volume than catamarans 10 feet longer.

She features 5  staterooms with a further shelf sleeping area in the port hull. All the staterooms are fully self contained with their own head.

“Large cabins house separate shower and bathroom as well as hanging wardrobes and deep drawers. Each hull has shallow steps that take you to the waters edge with accessible swim ladders.” 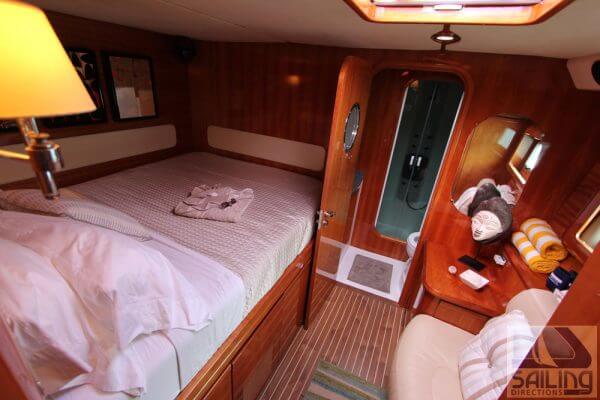 This 585 Privilege catamaran would be a good choice to buy, fix up and put back into charter, or use it as your own personal yacht.

Look for charter fees if you do fix it up, of up to $30,000 or so a week, for 8 guests, leaving one large cabin free for crew onboard.

Sabore was damaged while she was hauled out in the yard and tied down for hurricane Irma. Here is the specific description:

“Vessel fell off its stands during hurricane Irma. Sabore suffered substantial damages to the lower hull and also the rigging.

The Port Transom/sugar scoop has been crushed by another vessel. The exterior laminate skin has been blown apart from the stern, which will need extensive glass work.

The Starboard side P-Bracket has been pushed through the hull, causing associated laminate fracturing and failure. One of the propeller blades has also penetrated the
laminate skin. Contact damages to the Port Forward Topsides by way of the forward cleat and wear plate. Suspect it was caused by the tie-down strap.

Swim over to our auction page on this beautiful privilege 585 catamaran for sale now and dream away! 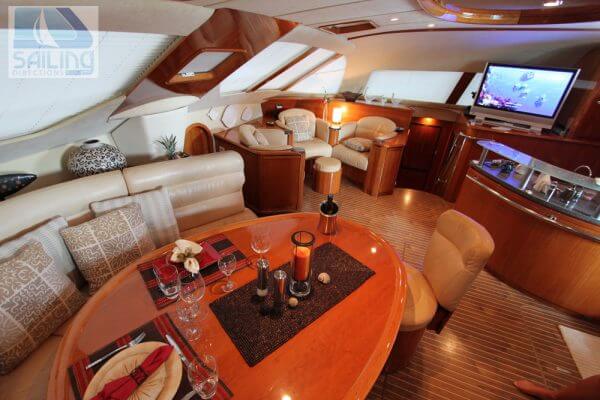 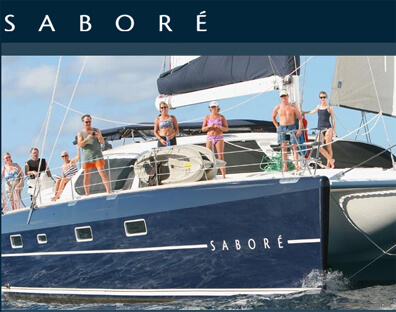 This website uses cookies to improve your experience while you navigate through the website. Out of these, the cookies that are categorized as necessary are stored on your browser as they are essential for the working of basic functionalities of the website. We also use third-party cookies that help us analyze and understand how you use this website. These cookies will be stored in your browser only with your consent. You also have the option to opt-out of these cookies. But opting out of some of these cookies may affect your browsing experience.
Necessary Always Enabled

Any cookies that may not be particularly necessary for the website to function and is used specifically to collect user personal data via analytics, ads, other embedded contents are termed as non-necessary cookies. It is mandatory to procure user consent prior to running these cookies on your website.

Login for a seamless experience

Register for an account with us today, it’s super easy!